Is this the real life? Is this just fantasy? Caught in a landslide, so escape from reality. Punctuation probably off a bit. How did we get from Bohemian Rhapsody to where we are today? I remember hearing that song for the first time and being actually terrified. The implications of the words in the opening line of this song are about as direct a set of questions as has ever been asked. For me, my whole world stopped. I was around 7 years old when i first heard Queen, A Night at the Opera. I heard Bohemian Rhapsody on the radio first. And I kind of went into a daze. repeating the opening lines over and over. And not coming up with any real answers. I was literally terrified. A few days later I was in the basement where we had the stereo. My dad had bought the record a week or so prior and I was now listening to it down stairs. By myself. For the first time. I knew the name of the song that had shook me to the core. I put on side one and track one, Death on Two Legs came on. I was even more terrified. I was almost completely frozen, sitting on the floor, looking at the cover of the album. I kind of blanked through Death on Two Legs and then the second song came on. Lazing on a Sunday Afternoon. The terror let up for a minute and a half, or whatever the length of that song is. Im In Love With My Car was next and it was kind of confusing. Like “can you really be in love with a car?” I had no idea. Then, You’re My Best Friend came on. Great big drums. A beautiful melody and a happy concept. I had friends. I think John Norris was already my best friend. He lived a few blocks away. I knew which direction his house was in. I thought about him and started to come out of my daze. By the time I flipped the record and Bohemian Rhapsody came on I had been through an incredible range of completely intense emotions. Then, “Is this the real life?…” I was right back to mental lock down. I was literally completely terrified. I “knew” that if I thought about the meaning of the words I was hearing, I would probably die. My dad was upstairs cooking dinner. In a state of complete terror I shouted up the stairs. “Dad, what happens when you die?” I heard him stop cooking. He came to the top of the stairs. He said “I’m sorry. What was that?” I asked again. “What happens when you die?” “Nobody ever died and lived to tell about it” was his whimsical answer. He plugged the dam with that one. I breathed a sigh of relief. for a while. A Night at The Opera indeed True story    ...

Maintaining a website like this has its ups and downs. Just like life. Lately I’ve been feeling guilty for not writing some interviews I’ve done over the past few months. Basically I’ve been busy drumming and touring and generally just living life. Some things have happened recently that I’m going to share with you for the purpose of making myself known to you, the person reading this. It has to do with “being great” or being “the best.” Basically, I never really thought this site would become the journey it has become, and most of the time I just do my things and stuff happens in life and I meet some people and I get inspired and I do an interview and learn things and do some gigs and work on things in my drumming and improve here and there and just basically “live my life.” There are some things that happen that I sometimes have a hard time understanding the significance of and they can sometimes stick in my head and sort of “jam up the works.” This is a story about that. As you may know, I play in a band called Led Zeppelin 2. And that means I get to get into the “character” of John Henry Bonham, arguably the greatest rock drummer of all time. It’s a beautiful challenge to do this. Here’s how I see it. I get to take on the role of another person who I only know through the products he created in his life. His product is music. And he was part of... 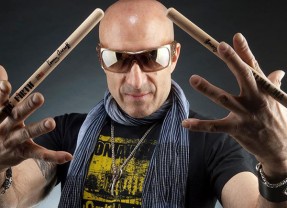 I want to start off by saying that I don’t get “star struck” when I meet famous people. And I’ve met a bunch. Now, I do get super excited when I get to interview drummers because I know the gig to a large degree, and when I get to meet a drummer I admire, it tends to be because I love the music they’ve made or the bands they’ve played in. Meeting Kenny Aronoff... 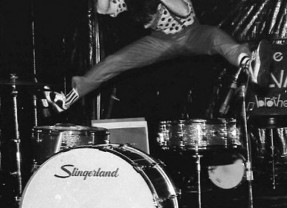 Who The Fuck IS Brad Elvis?

Who The Fuck IS Brad Elvis?

You have to understand something about living in the Midwest. The Midwest is NOT the home of the “entertainment industry” It’s a place where people are used to buckling down and working for a living. Sure, there are a few “rock stars” from the Midwest, but it’s a different breed of cat. But what has the “entertainment industry” given us anyways? MTV? Auto-Tune? American Idol? Not much of anything really. If I told you... 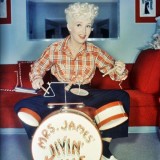 The (New) Best Drummer In The World

Sep 15Posted by Ian in News

Welcome to the relaunch of The Best Drummer In The World! We hope you like...

Dec 17Posted by Ian in Features

Is this the real life? Is this just fantasy? Caught in a landslide, so... 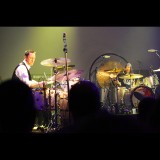 Jan 10Posted by Ian in Features 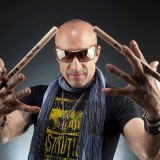 Nov 7Posted by Ian in Features

I want to start off by saying that I don’t get “star... 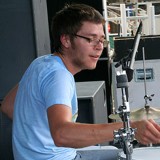 Jul 26Posted by Ian in Reviews

Jan 8Posted by Ian in Blog

I have a hunch that this is a role or job that fundamentally resides in...

Dec 25Posted by Ian in Blog

Hopefully this will be the start of a series. Things we lose. Maybe it could...

Dec 14Posted by Ian in Blog

We ask the best what it takes to be the best. News, reviews, and interviews with the best drummers in the world.

Ian Lee can help you learn to play drums with confidence.